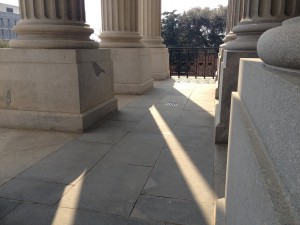 My friends, the focus this past week for the SC House of Representatives at the State House is reported below.

The House of Representatives approved and sent the Senate H.4941, a bill establishing a statewide program for ADDRESSING UNSOUND SCHOOL DISTRICT FINANCES. Under the legislation, the State Department of Education is to work with district superintendents and finance officers to develop and adopt a statewide program with guidelines for: (1) identifying fiscal practices and budgetary conditions that, if uncorrected, could compromise the fiscal integrity of a school district; and (2) advising districts that demonstrate these financial problems on the corrective actions that should be taken. The department must establish three escalating levels of fiscal and budgetary concern so that the State Superintendent of Education can declare a ‘fiscal watch’, a ‘fiscal caution’, and a ‘fiscal emergency’ with regard to school district finances. The succeeding levels of budgetary concern carry increasingly stringent requirements for school district recovery plans, audits, and inspections as well as more intensive technical support from the state department. Should a school district’s finances warrant the most severe level of concern prompting the State Superintendent of Education to declare a ‘fiscal emergency’, provisions are included in the legislation for the State Department of Education to promulgate emergency regulations to preclude a default on any type of debt and prevent further decline in the district’s finances.

The House amended, approved, and sent the Senate H.4940, a bill that provides in statute for the OFFICE OF TRANSFORMATION within the State Department of Education. As directed by the State Superintendent of Education, the Office of Transformation provides technical assistance, such as diagnostic reviews of school operations and academics, to underperforming schools and districts with ratings of below average or at risk on annual school report cards or with the lowest percentages of students meeting state standards on state assessments or with the lowest high school graduation rates.

The House amended and gave second reading approval to H.4542, the “EXPERIMENTAL HEALTH CARE TREATMENT LAW” which provides authorization for physicians to prescribe certain promising experimental treatments to an eligible patient who has considered all available approved treatments for an advanced illness that has been medically determined to be irreversible and, without life sustaining measures, likely to result in death within six months. The provisions apply only to an investigational drug, biological product, or device that has successfully completed phase one of an FDA approved clinical trial but remains under further investigation in federal clinical trials and has not yet been approved for general use by the U.S. Food and Drug Administration.

The House amended, approved, and sent the Senate H.4413, a bill revising SAFE HAVENS FOR ABANDONED BABIES provisions that designate locations, such as hospitals, police stations, and fire stations, where someone may leave an infant under certain circumstances without criminal penalty. The legislation requires all such locations to post a notice on the premises that prominently displays to the public that the facility, agency, or other location is a designated safe haven at which a person may leave an infant. The legislation also provides that the safe haven provisions apply to infants who are no more than one hundred eighty days old rather than the current standard of no more than thirty days old.

The House concurred in Senate amendments to H.3251 and enrolled the bill for ratification. In response to a maternal death rate in South Carolina that exceeds the national average, the legislation establishes the MATERNAL MORBIDITY AND MORTALITY REVIEW COMMITTEE under the Department of Health and Environmental Control to review maternal deaths and develop strategies for their prevention. Reports from this multidisciplinary committee must be distributed to the General Assembly, the Director of the Department of Health and Environmental Control, health care providers and facilities, key governmental agencies, and others necessary to reduce the maternal death rate. Committee members shall serve without compensation or reimbursement for expenses.

The House concurred in Senate amendments to H.3972, relating to the TRANSFER OF UNDEVELOPED REAL PROPERTY, and enrolled the bill for ratification. The legislation provides that the submission of a land development plan or land use plan is not a prerequisite and must not be required before the execution of a deed transferring undeveloped real property. A local governmental entity may still require the grantee to file a plat at the time the deed is recorded.

The House approved S.975 and enrolled the bill for ratification. The legislation authorizes the REAPPOINTMENT OF THE CHAIRMAN OF THE WORKERS’ COMPENSATION COMMISSION by the Governor so that the chairman is allowed to serve consecutive terms.

The House amended approved, and sent the Senate H.4943, a bill the issuance of DEER HUNTING TAGS for in-state residents and non-residents. This new tagging system does not revise game zones or seasons, but it does include requirements for hunters to tag every deer taken in the state. The legislation provides for the Department of Natural Resources to issue eight doe day specific tags and three buck tags with the purchase of a South Carolina hunting license and big game permit for in-state residents. Hunters (including youth and gratis licensees) will have the option to purchase two additional buck (with four points on one side or a minimum 12-inch antler spread) tags at $5 each and/or four additional doe tags at $5 each. All funds collected from the two additional buck tags sales will go into a Coyote Management Program. With the purchase of a hunting license and big game permit, non-resident hunters will pay $50 for the first purchased antlered tag and $20 for each additional antlered tag (with a maximum purchase of four tags of which two must have size restriction). There is a $10 charge for each antlerless tag purchased. The legislation provides for antlerless and antlered deer limits to be two doe taken per day and two bucks taken per day. The Department of Natural Resources to provide a report of a four year study by July 1, 2022, to the Chairman of the Senate Fish, Game and Forestry Committee and the Chairman of the House Agriculture, Natural Resources and Environmental Affairs Committee on such issues as the status of state’s the white tailed deer population and a review of the tagging program. As part of its Coyote Management Program, DNR is directed to develop and implement a coyote tagging and bounty program. The department must tag and release no less than three coyotes in each of the four game zones and apply a bounty of not less than one thousand dollars per tagged coyote. The department must neuter any coyote before it is released.

The House approved and sent the Senate H.4717, a bill that responds to the unprecedented damage of the October 2015 floods by creating the “SOUTH CAROLINA FARM AID FUND” to assist farmers in order to prevent the economic collapse of many of the state’s farms which could cause a severe disruption in the state’s economy and food supply chain.

The House amended, approved, and sent the Senate H.4537, a bill codifying provisions for an INCOME TAX CREDIT FOR CONTRIBUTIONS TO A SCHOLARSHIP FUNDING ORGANIZATION THAT PROVIDES TUITION GRANTS FOR EXCEPTIONAL NEEDS STUDENTS TO ATTEND INDEPENDENT SCHOOLS, including religious institutions and other eligible private schools. The legislation takes the initiative, which has been authorized by general appropriations acts since 2013, out of the year-by-year temporary law of budget provisos and places it in the ongoing law of state statutes. The legislation also accommodates graduation certificates for special needs students and revises eligibility criteria to ensure that a school must actually offer programs and resources specially designed to accommodate the exceptional needs of the student in order for the tax credit and tuition grant provisions to apply.

The House returned S.1076 to the Senate with amendments. The legislation provides that AN INDIVIDUAL DOES NOT NEED TO APPLY FOR A PERMIT TO DREDGE A MANMADE, PREDOMINATELY ARMORED, RECREATIONAL USE OR ESSENTIAL ACCESS CANAL.

The House approved and sent the Senate H.4743, a bill to provide that the land owned and managed by the Conestee Foundation, Incorporated, a private nonprofit conservation organization, located in Greenville County, and known as LAKE CONESTEE NATURE PARK IS DECLARED TO BE A WILDLIFE SANCTUARY for the protection and conservation of game, songbirds, waterfowl, fish, amphibians, other animals, and plant life.

The House approved S.1002, a bill revising the boundaries of the MURRELL’S INLET GARDEN CITY FIRE DISTRICT, and enrolled the legislation for ratification.

The House adopted and sent the Senate H.4846, a concurrent resolution URGING THE GOVERNING BODIES OF ANDERSON AND OCONEE COUNTIES TO DISSOLVE THEIR THIRTY TWO YEAR OLD AGREEMENT TO HAVE ONE MASTER IN EQUITY TO SERVE BOTH COUNTIES and to establish a master in equity court in each county in light of the population increases that the area has experienced.