District 104 is located in the northeastern corner of the state of South Carolina, covering from Cherry Grove south to Windy Hill in North Myrtle Beach and west across the Intracoastal Waterway, through Little River, across the Waccamaw River, through Longs, stopping just short of Loris.
Click Here to View a Map of District 104 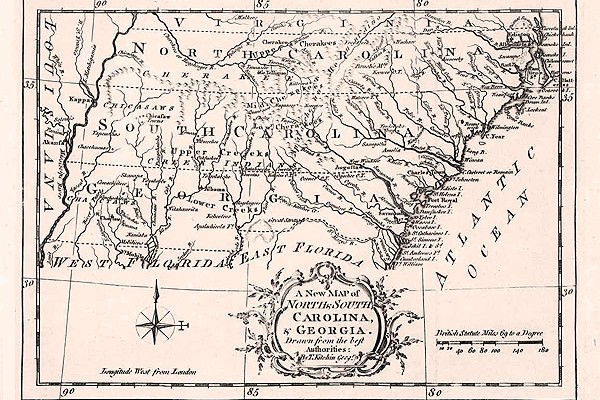 History of Our District

Every four years when the presidential election approaches, South Carolinians expect visits to their state not only by would-be presidents but increasingly of late, by the President himself.  The first presidential visit to the Palmetto State, however, was more of a history-making pilgrimage than a vote-seeking political venture.  Not long after George Washington became President in April of 1789, he contemplated a tour of every region of the United States.  However, his duties of office and care of Mount Vernon delayed his trip to the South.

When Washington launched his goodwill tour the southern states, he left Philadelphia on March 21, 1791 – to avoid “the warm and sickly months” – he traveled quite modestly in a light coach drawn by four horses.  The small cavalcade consisted of his saddle horse and one extra, four more coach horses, and a baggage wagon with two horses.  Besides the president: there were his aide, a valet and four men to drive and look after the horses.  Back in those days, there were no advance men, no reservations and Washington accepted whatever accommodations the roadside provided.  During his tour, Washington emphasized national unity, familiarized himself with political sentiments in the region, and learned about the geography and economic production in the lower South.

He entered South Carolina just north of Little River on April 17, 1791 and lunched with a Revolutionary War veteran named James Cochran.  He was traveling the well established, but very rough coastal road that had come to be known as the King’s Highway.  More than 300 years of exciting history have taken place along this route; this is the region where South Carolina had its origin.  Spanish and French attempts at settlement go all the way back to 1526.  The first permanent English settlement in Charleston dates back to 1670.  Pirates, Native Americans, four Colonial Wars, the American Revolution, the Civil War, South Carolina Rice, Indigo, and Sea Island cotton have all left their marks in this region.

This area is part of the Waccamaw Neck, long, inaccessible, and without a major port.  Isolated by rivers and swamps, it was the last part of the road between Boston and Savannah to be serviced by stagecoach.  The Old King’s Highway, only a short distance from modern-day US 17, was the primary north-south connection back in Washington’s day.

Just south of present day North Myrtle Beach, George Washington lodged overnight with Jeremiah Vereen.  Apparently, he thought Vereen operated a public house, but could not persuade him to accept payment for services.  The next day, Vereen acted as a guide and there is an often-told story of how impressed our first president was by a very large sand dune near Vereen’s home.  While standing atop the dune viewing the Atlantic, Washington is supposed to have exclaimed “my, what a Windy Hill!”, as a stiff wind whipped off his hat and sent it sailing into the ocean, and thus gave rise to the name of the area that was to become the Town of Windy Hill, now a part of North Myrtle Beach.

Fortunately, for South Carolinians who savor the historical significance of the President’s trip to our state, he kept a diary of his journey.