There was a special farewell reception at Our Lady Star of the Sea Catholic Church for Reverend D. Anthony Droze this past Sunday. As you may know, Father Droze has been named new Vicar General for the Diocese of Charleston and is relocating to Charleston in order to assume his new duties. Though we are happy for Father Droze in his new role, it is a bitter sweet goodbye for Crissy and I, as it is for many. Here you can see Father Droze receiving a flag flown over the Capitol in honor of his many years of being the Pastor of OLSS. 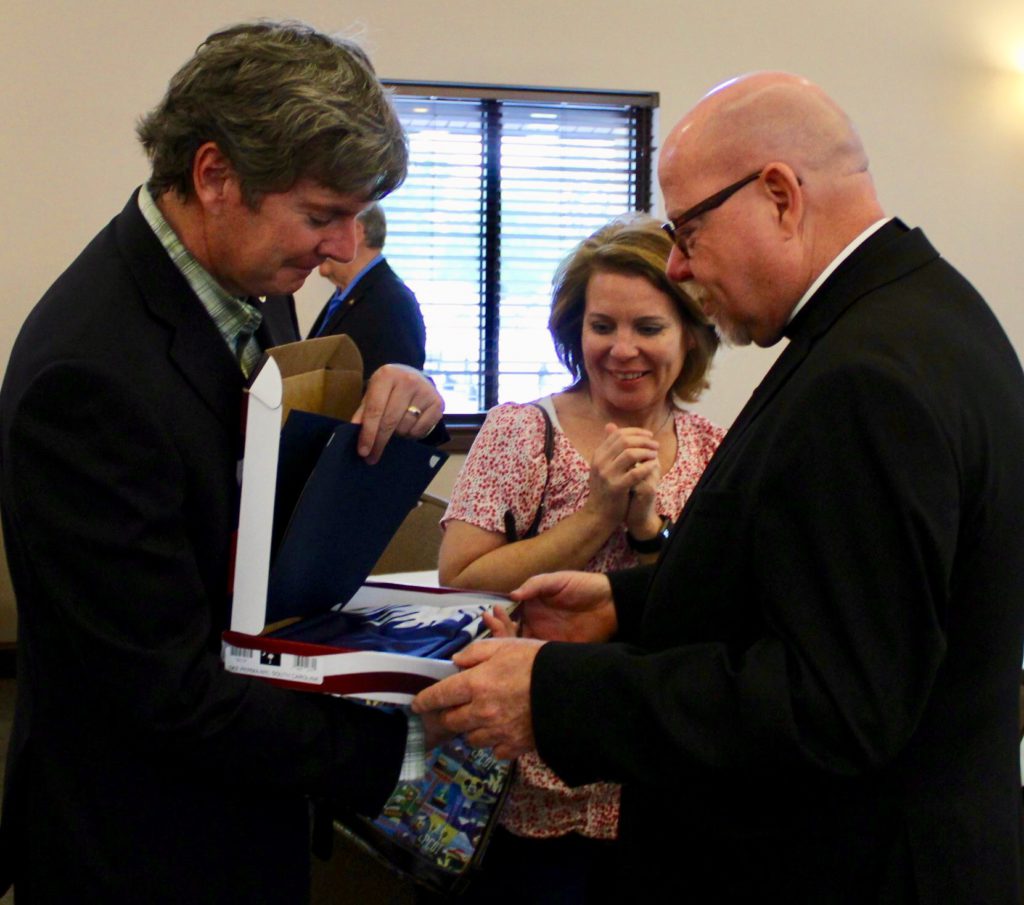 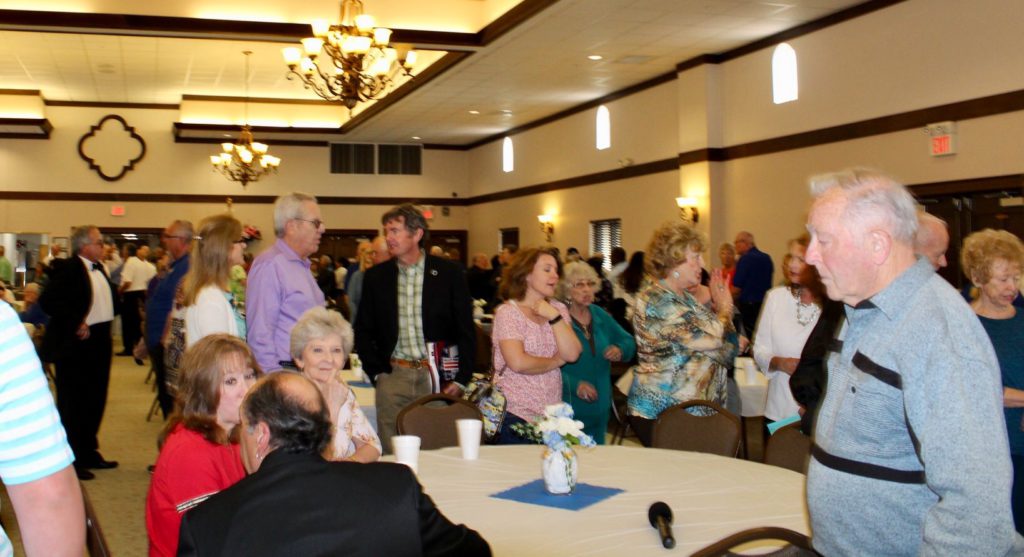 Earth Day
For Earth Day 2018, I had the opportunity to stop over and visit with Cathy Altman and NMB Sea Turtle Patrol volunteers as they were filling up the NMB Area Historical Museum’s new public art sculpture with debris from this prior weekend’s beach/river sweep. Artist, Jim Swaim, created this unique piece for the museum – it brings awareness to the special environment in which we live and the importance of keeping it clean of debris. 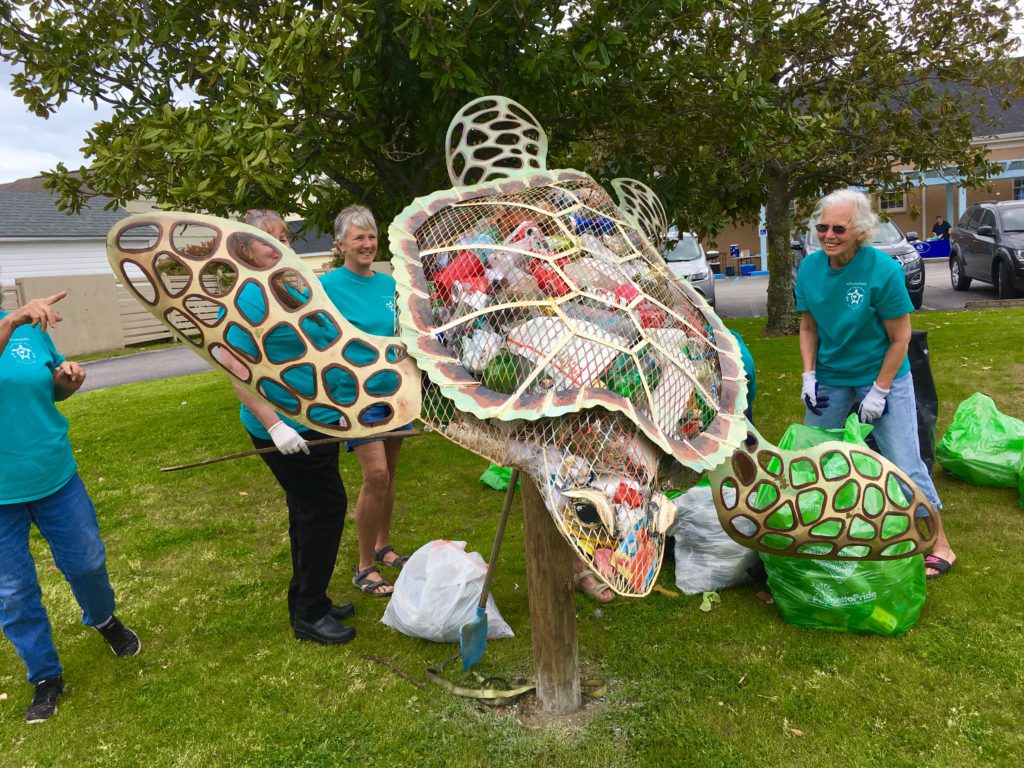 Beachfront Setback
This past Wednesday the South Carolina House passed what is known as the Beachfront Management Reform Act to address the beachfront setback line. The beachfront setback line is set by the Department of Health and Environmental Control (DHEC) and it determines how close new construction can be built to the ocean. Data accumulated over a set period of time determines where the setback line will be for building construction. The time period in which data is collected to determine the setback line is referred to as the Establishment Cycle. The last line was set in 2012 and a 2017 line had been proposed. One major issue with the current parameters of the Establishment Cycle is the inclusion of major storms in the data (which skew the overall accumulated data and drastically affect the placement of the line). The Beachfront Management Reform Act sets in place a beachfront setback line at the most seaward of the established 2012 line, or the line established through a review or appeal of the proposed 2017 line. The law also states data cannot be used to determine new lines from an erosion zone within eighteen months of it being impacted by a named storm system. Additionally, the law sets up procedures and notices for DHEC to use for any future baseline and setback line establishment cycles, including a clarification of an appeals process, and more transparency from DHEC. 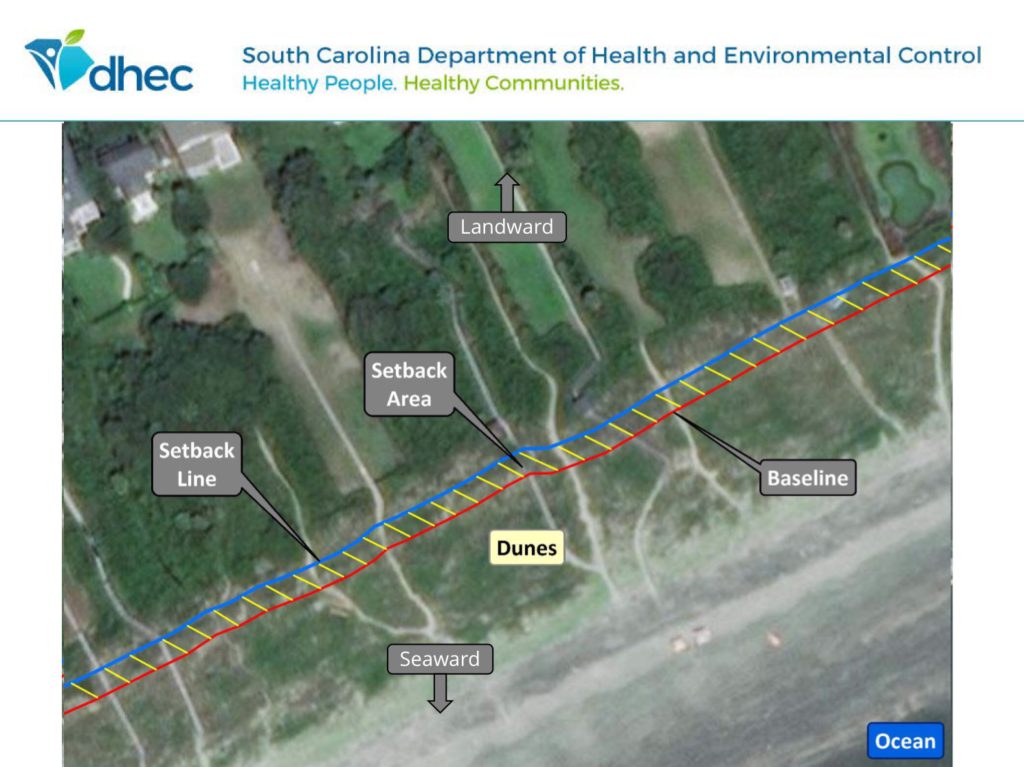 SCE&G
The South Carolina House also declined to concur last Wednesday with a Senate bill that would not eliminate the full nuclear surcharge SCE&G customers are being forced to pay for the failed V.C. Summer nuclear project. The House and Governor Henry McMaster believe the 18% nuclear surcharge should be completely eliminated so ratepayers do not have to pay for a failed and fraudulent nuclear project. As of April 26th, SCE&G ratepayers have been forced to pay $2 billion for the V.C. Summer nuclear project. The Senate believes the 18% surcharge should but cut to 5%, which would still result in the collection of over $300,000 per month from ratepayers to SCE&G. Due to the House’s action on Wednesday, the House and Senate will each select three members from its chambers to be on a joint conference committee that will negotiate a resolution to this bill. If the Senate refuses to work with the House and governor to provide temporary rate relief, ratepayers will be required to continue paying the 18% nuclear surcharge every month. 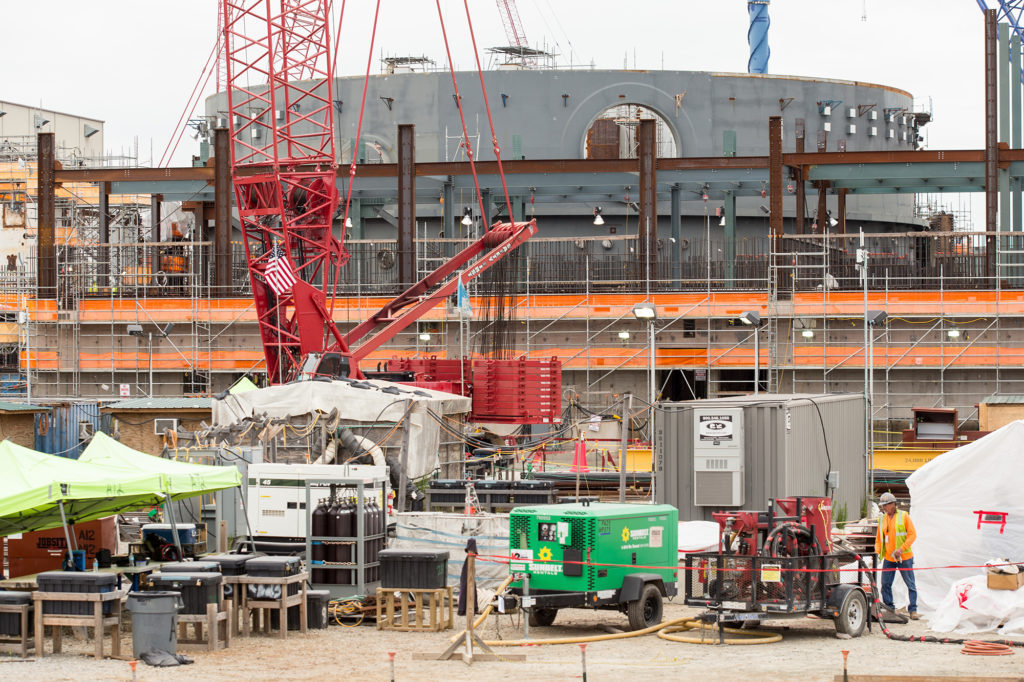 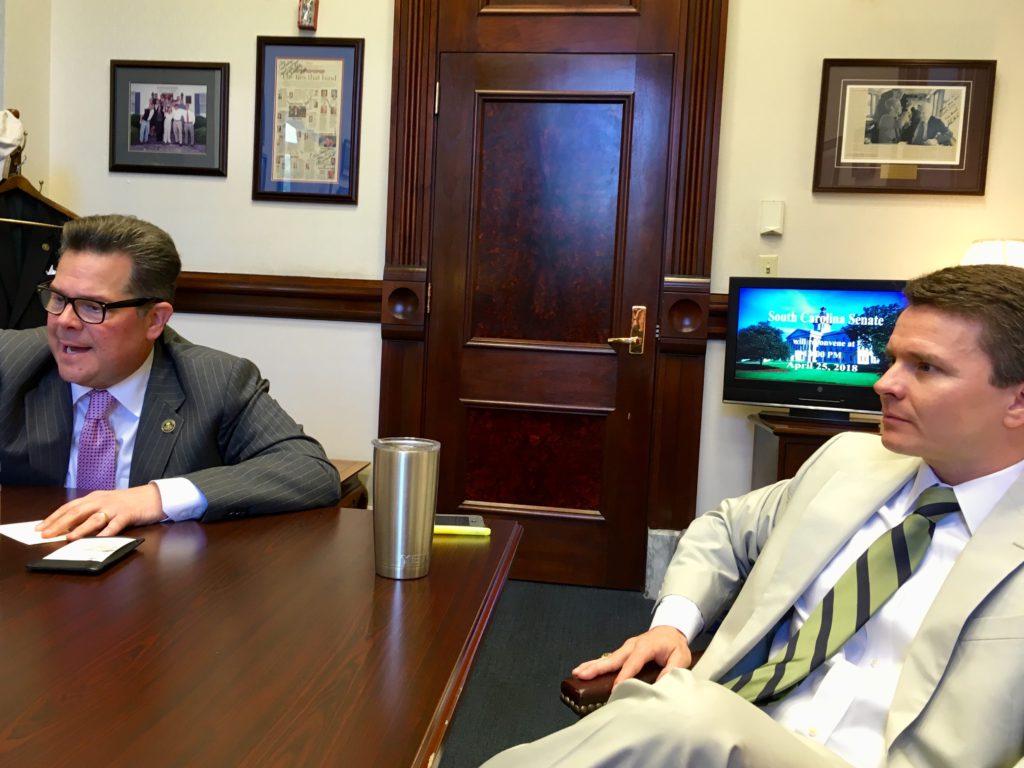 Locksmith Licenses
Through locksmith legislation my colleagues and I have introduced, it is my hope that South Carolina will no longer be the “Wild, Wild West” when it comes to our safety in this industry. For far too long now, bad actors have been taking advantage of this profession and our citizens who depend upon legitimate locksmiths to safeguard our businesses, homes, and – our most valuable treasures – loved ones, families, and children. As a result of my last-minute negotiations with the Governor’s Staff, the bill passed Senate Subcommittee, Full Committee, and has now been placed on the Senate calendar for consideration. Prior to securing a business license, the bill would require locksmiths to pass a national criminal background check every two years, the results would then be placed on a public registry. 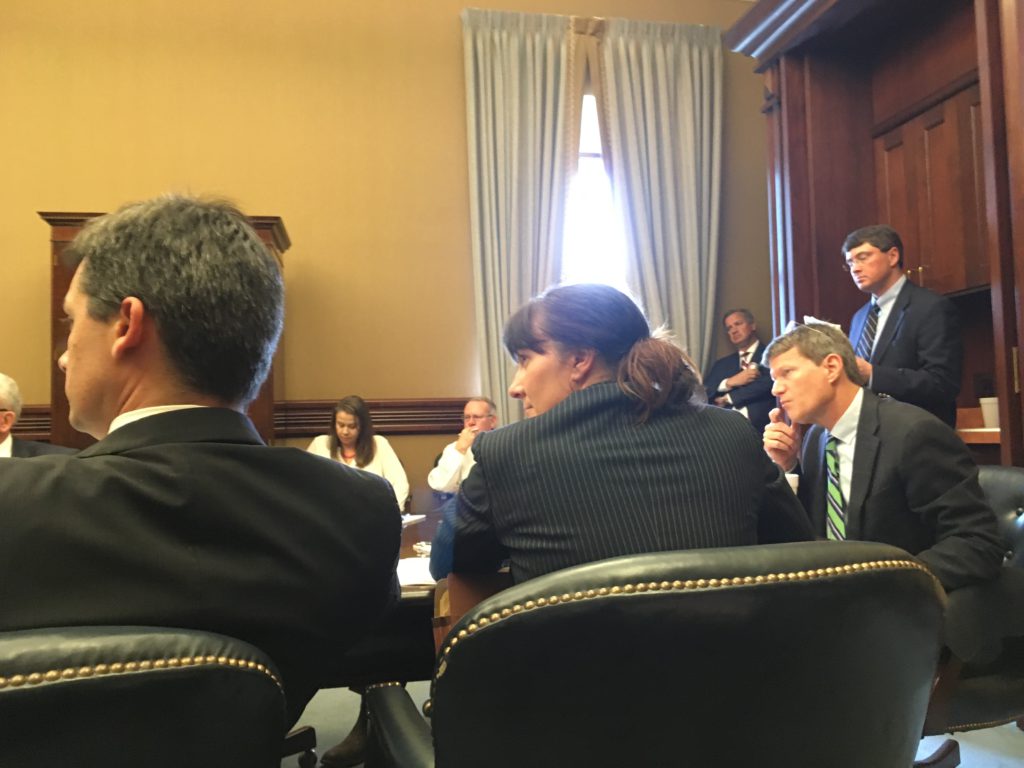 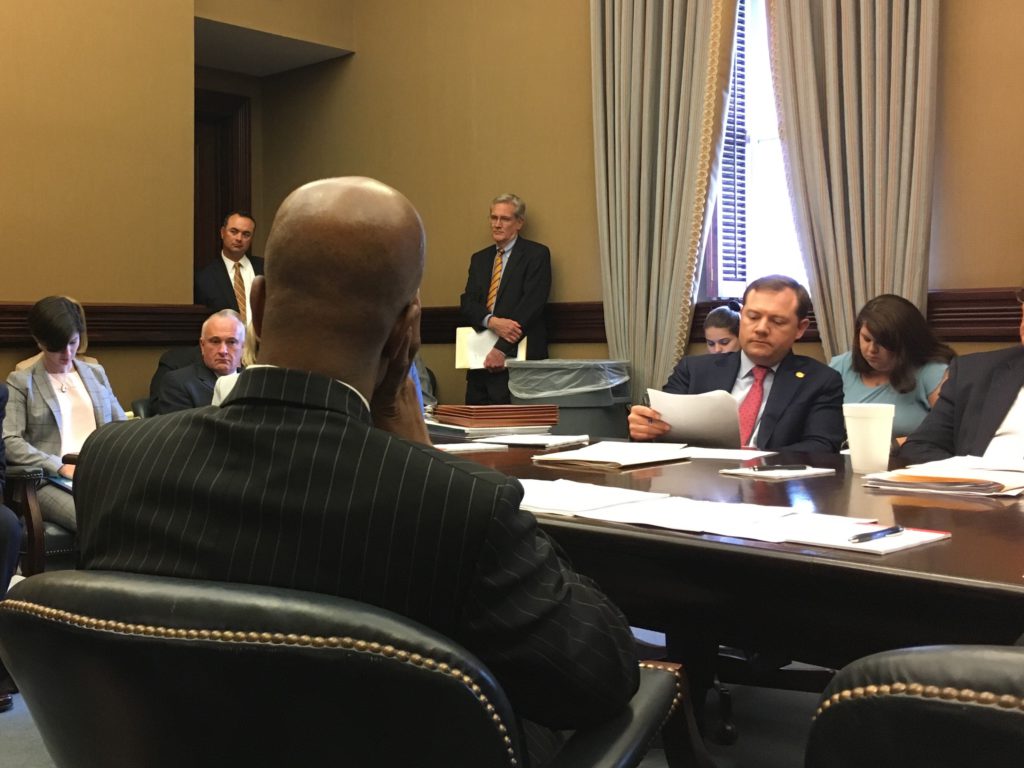 Wind Energy
The “Offshore Wind Resource Development” bill – an economic development platform for South Carolina’s wind energy industry – passed the Senate Subcommittee this past week. The bill provides enabling legislation so that the Public Service Commission can consider utility scale projects and it requires NO SUBSIDIES for this clean energy resource to compete in the marketplace. 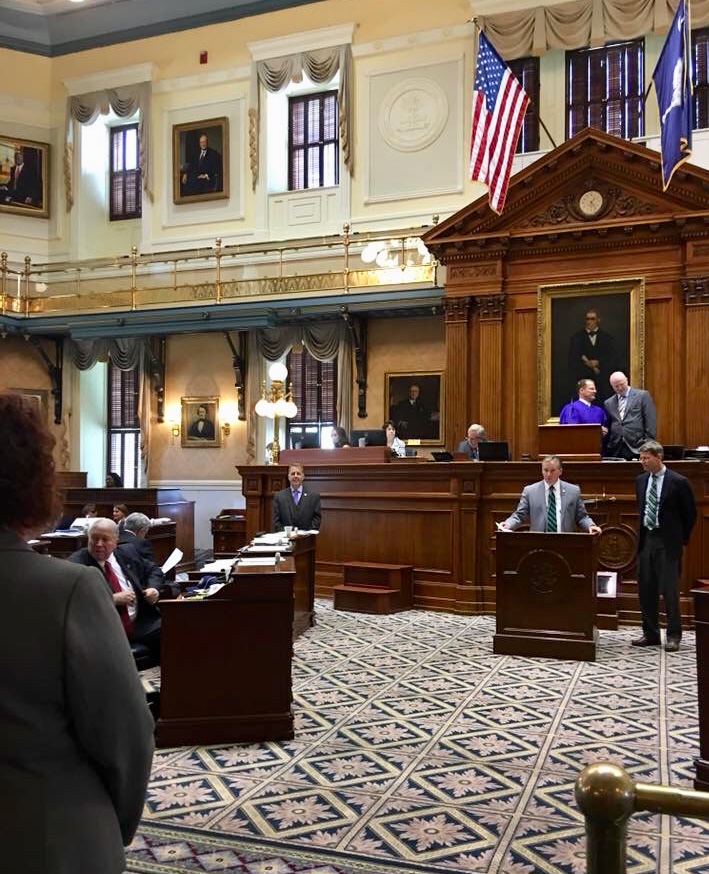 Juliet Casper was honored on the floor of the SC Senate by Sen. Greg Hembree and Sen. Luke Rankin with a resolution congratulating her as the first General Federation of Women’s Clubs of South Carolina (GFWC-SC) State President from the North Myrtle Beach and Horry County area. The GFWC is an international organization dedicated to community improvement through volunteer service. The volunteer work of GFWC-SC and the North Myrtle Beach Woman’s Club were detailed in the Senate Resolution. 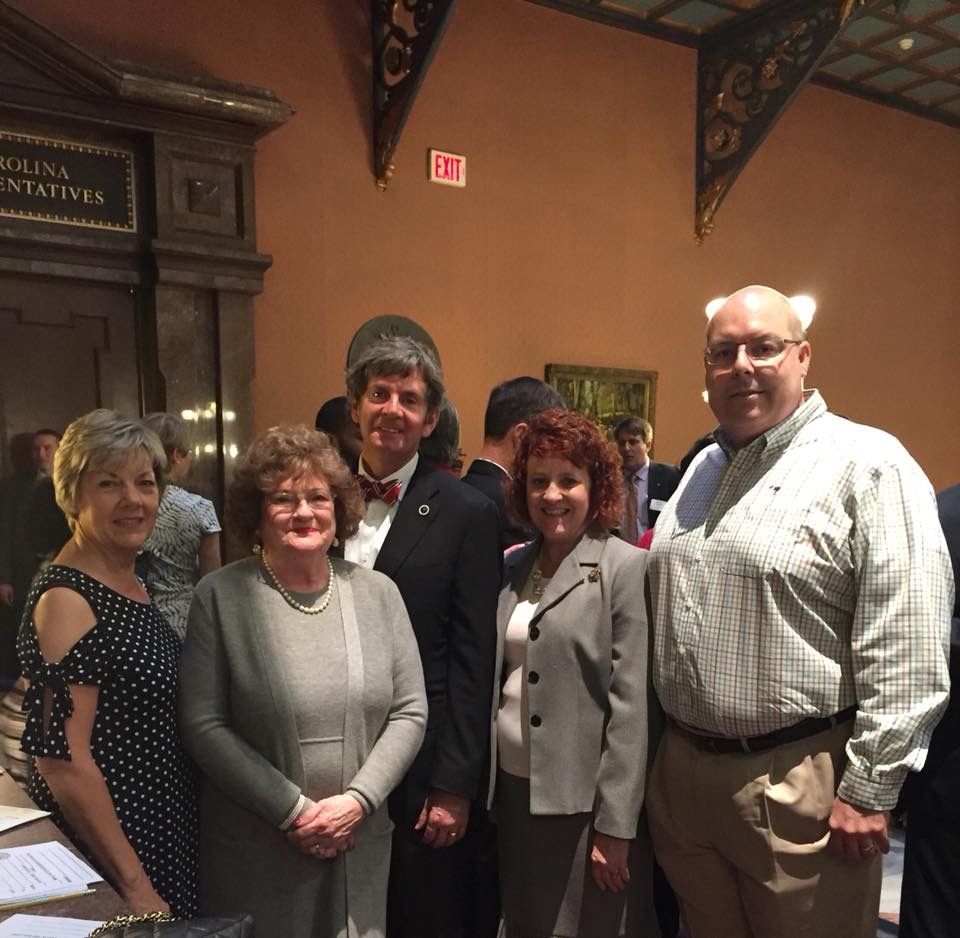 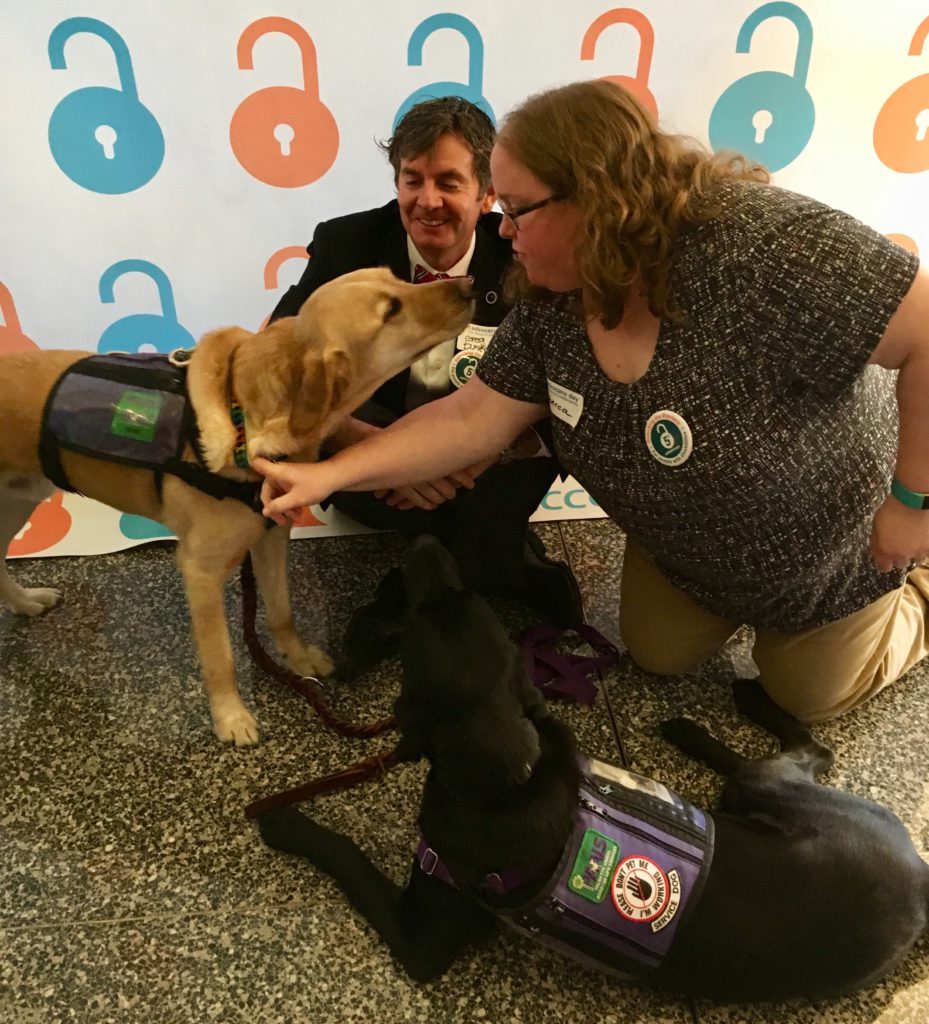 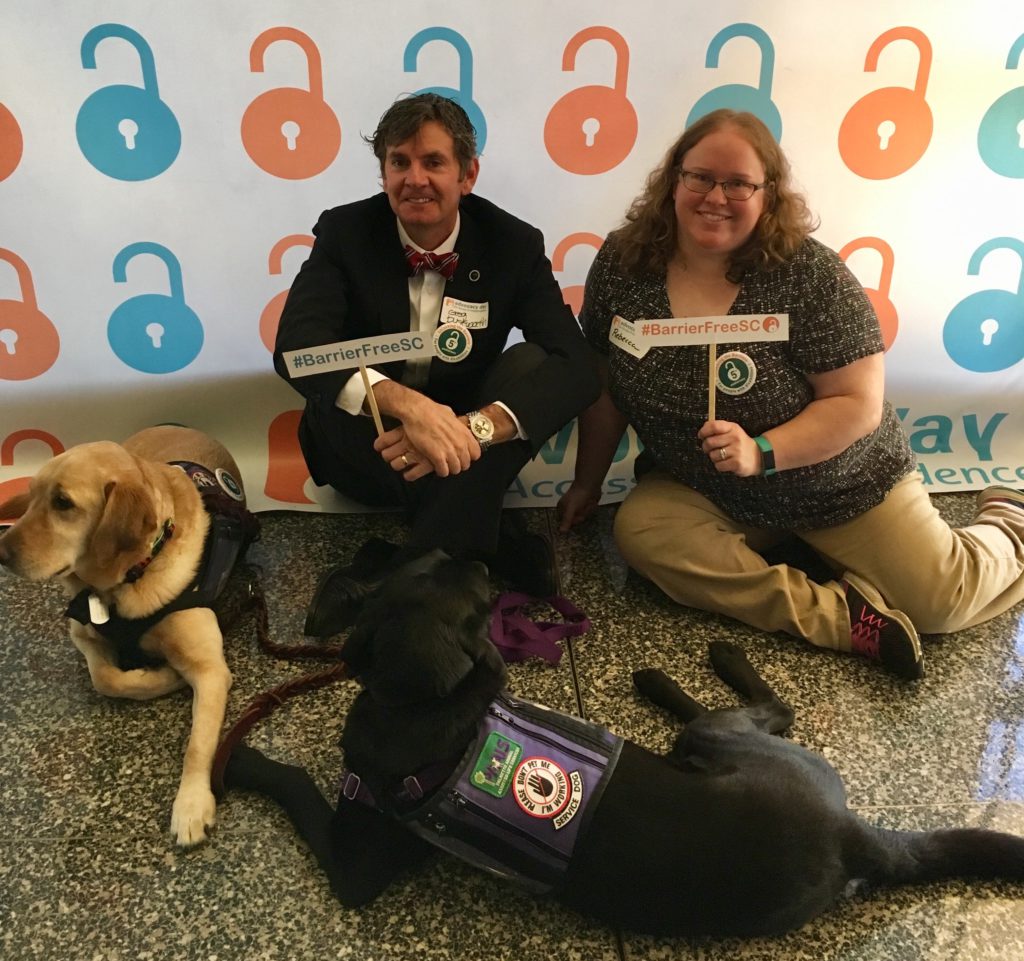 As of this past Thursday, there were six days remaining of this legislative session before Sine Die. The South Carolina House will take up the final draft of the budget this coming week and vote on $26 million in additional funding for school resource officers and prison safety measures. House Republicans are pushing for this funding to make our public schools safer for students and teachers, as well as increased safety in our state prisons.

Looking forward to joining Mayor Marilyn Hatley and the City Council in thanking those who have helped to shape fifty years at the City of North Myrtle Beach on Monday, May 7th. Hope to see you there! Also, please consider making plans to support the second annual Bold and Beautiful Buddies charity event on Friday, June 1st. 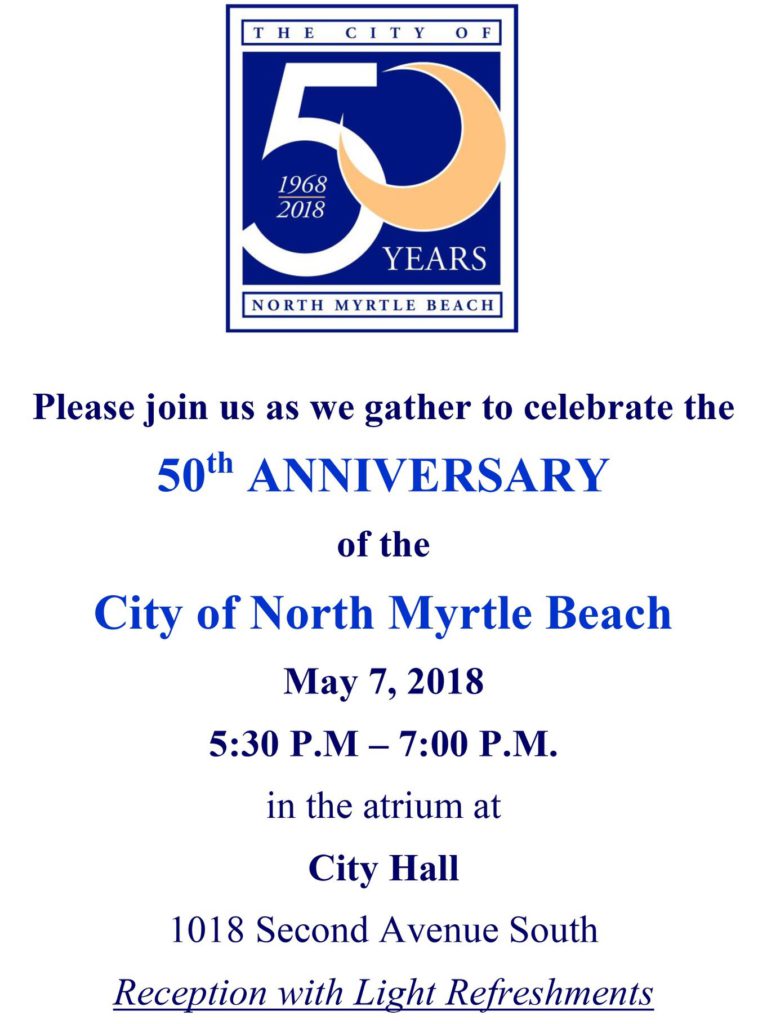 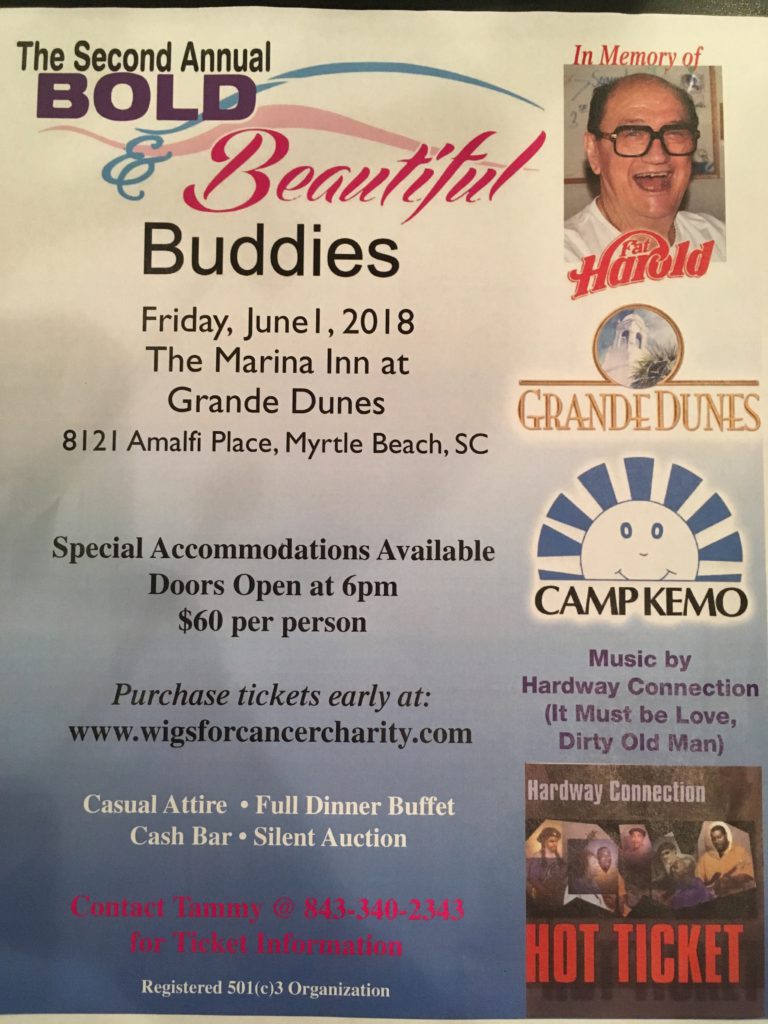 Primary Election
As of today, there are 43 days until primary Election Day. Republicans are assured to pick up the seat held by Democrat Mike Anthony (District 42-Union), who is retiring at the end of his current term, since no Democrat filed to run for the seat. Closer to home, I would be grateful to have your support for re-election as our campaign team has a contested primary election on Tuesday, June 12, to protect District 104’s conservative values and the positive, teamwork environment that is presently working within our Legislative Delegation.