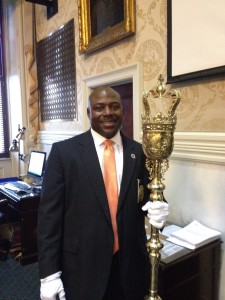 Friends, the focus this past week for the SC House of Representatives was to help farmers devastated by the flooding, take major steps toward improving K thru 12 public education and to finalize a first draft of the state budget for next year so debate can begin.

Emergency Aid for Farmers:
The House voted overwhelmingly (95-6) to approve legislation that provides assistance to farmers in disaster-declared counties as a result of SC’s historic October flooding. The legislation now goes to the Senate – the bill (H.4717) allows impacted farmers to apply for grants of up to $100,000 each, covering no more than 20 percent of their total loss. The grants are meant to provide a revenue bridge so farmers can plant next season and aren’t forced to literally sell the farm.

Education Reform Moves Forward:
Five separate pieces of legislation aimed at transforming SC’s public education delivery system were passed overwhelmingly by the House. These bills were crafted based on the findings of the House Education Policy and Review Task Force brought on by the Abbeville Supreme Court decision. That group found that the best way to achieve improvement in K thru 12 education is not to react by giving schools more money and hope for a quick fix, but to move positively by opening doors to 21st century education. These bills head to the Senate (H.4936, H.4937, H.4938, H.4939, H.4941).

$7.5 Billion Budget:
After months of hearings, the House Ways & Means Committee sent its General Fund budget proposal to the House floor for debate. The spending plan for the fiscal year starting July 1 incorporates more than $1 billion in additional revenue.

Filibuster Blocks Road Bill in Senate:
A Senate filibuster against a road funding bill continued this week with one senator threatening to continue talking, with the help of five other senators, until the end of the session in June, if necessary, to prevent a gas tax increase. Senate President Pro Tempore Hugh Leatherman said, “It looks like we are not going anywhere fast.” Another senator said, “We’re on trial…the people of South Carolina are watching. Please restore the people’s confidence.” Ted Pitts, President and CEO of the State Chamber of Commerce, pleaded with senators to “stop wasting time.” Watching the Senate’s inability to act is why the House has put $250 million for road repairs into its proposed state budget.