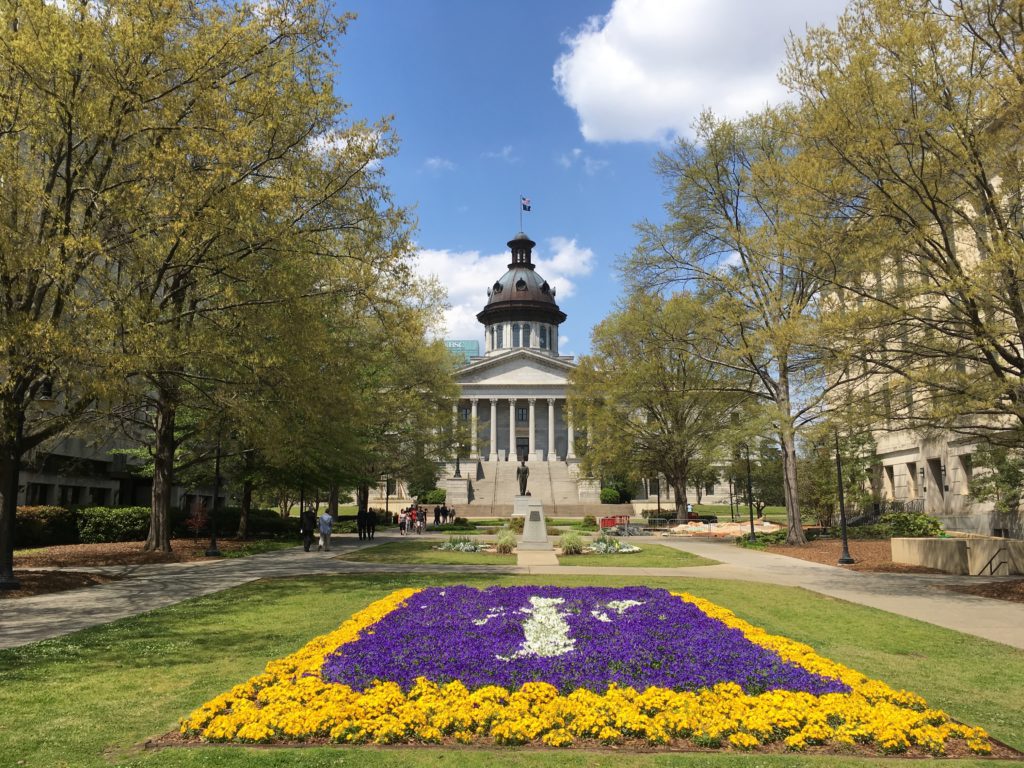 After the previous week’s Easter Furlough, the South Carolina House of Representatives was back on the Floor, hard at work, pressing up against this Tuesday’s looming “crossover” deadline – the hard cutoff date by which all bills must be passed out of one body and received across the hall in order to be considered if the bill is going to have any chance of becoming law.

Fortunately, two bills I have sponsored – that will have a positive impact for our area – made “crossover” this past week because of the efforts of colleagues, staff, and stakeholders who worked tirelessly to beat the deadline. Thanks so much to all who were a part of making this happen! 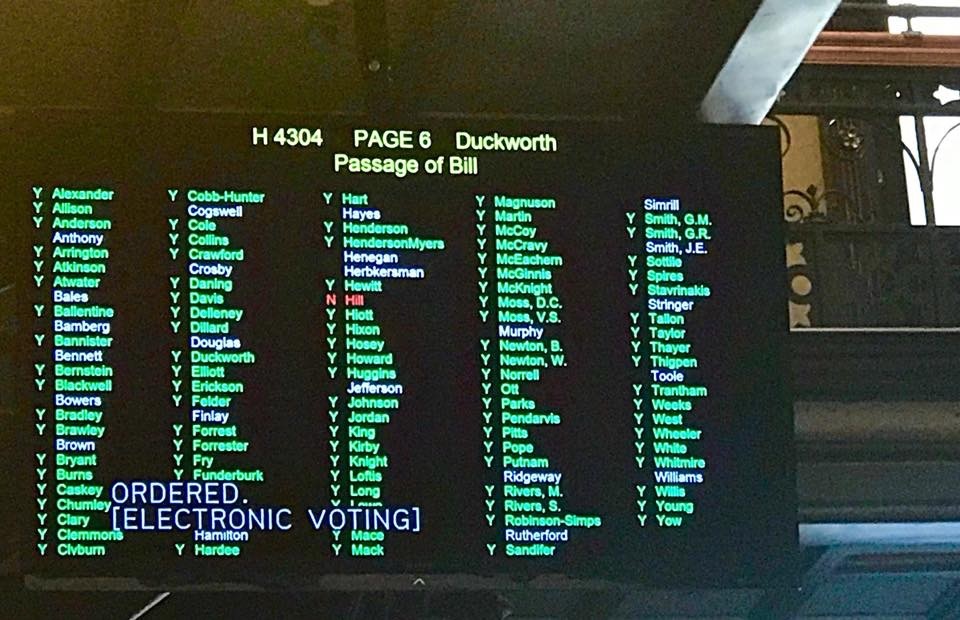 The first to be heard on the House Floor was the “Offshore Wind Resource Development” bill – an economic development platform for South Carolina’s wind energy industry – it passed with overwhelming bipartisan support, 104 to 1. The bill provides enabling legislation so that the Public Service Commission can consider these utility scale projects, it addresses Military Operations Areas, assures that the turbines must NOT be seen from shore, and requires NO SUBSIDIES for this clean energy source to compete in the marketplace. 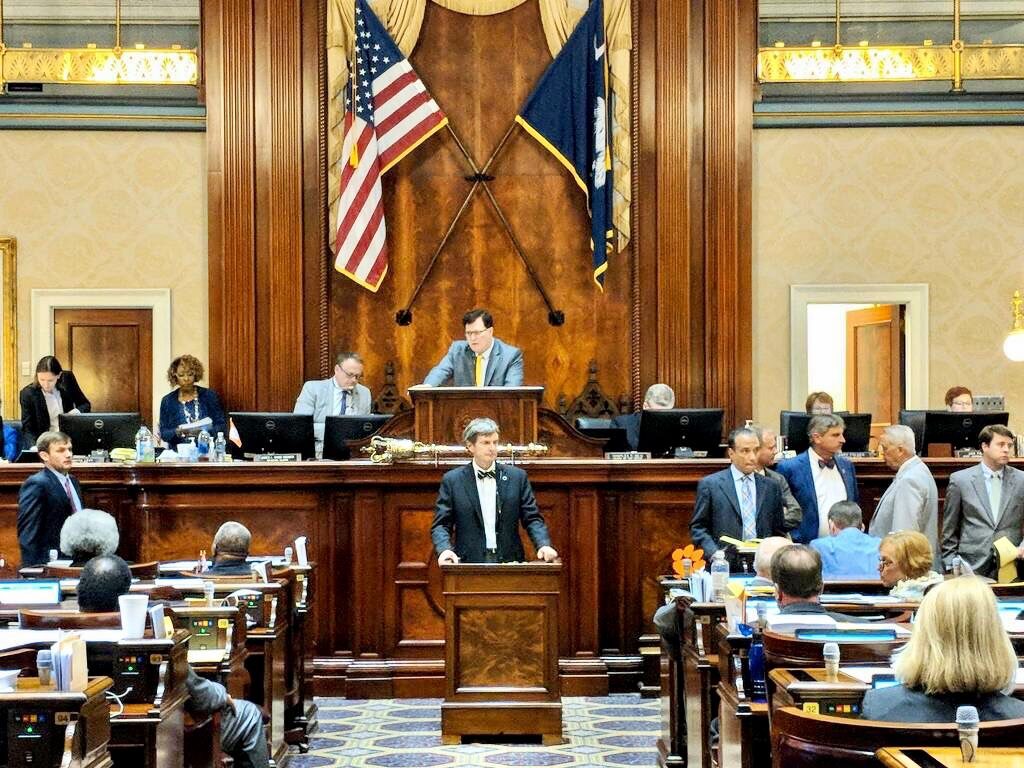 The second bill – which had been moved to the contested calendar for debate – the “County Cleanup” bill, was presented and defended by “yours truly” from the Well. The bill, with stipulations for due process and exemptions for agricultural property, will enable counties to recover clean up costs for nuisance properties – placing costs upon neglect property owners and lifting this burden off the backs of taxpayers. 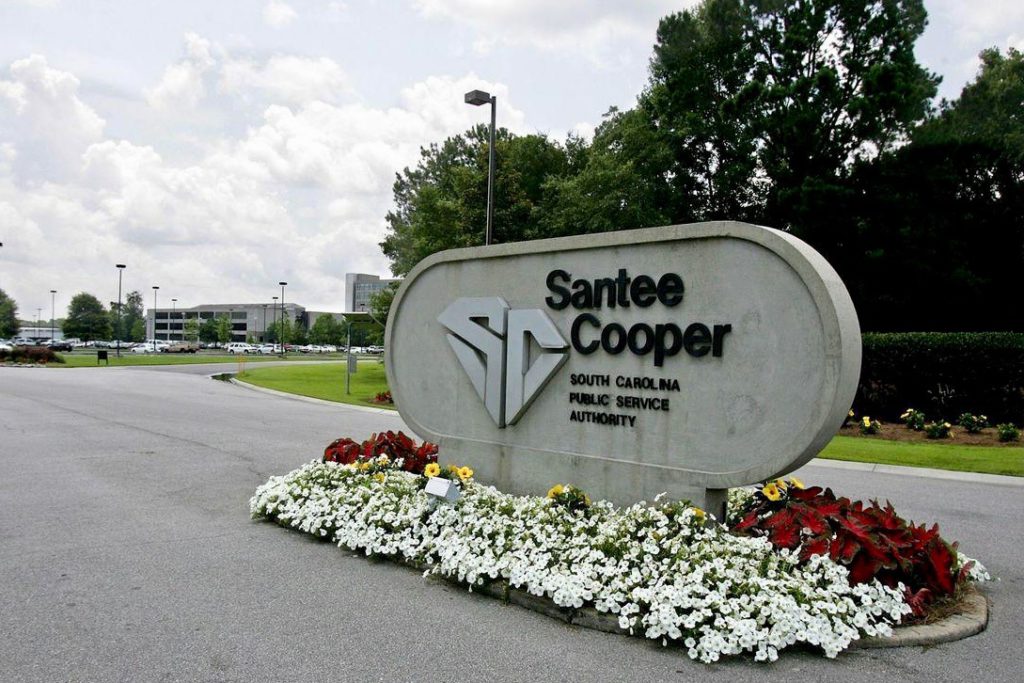 With talk ramping up in the State House regarding a potential sale of Santee Cooper, your Horry Delegation stood united in giving our Santee Cooper ratepayers and employees a strong voice in any legislative discussions regarding the utility’s future. While our voices were heard, and our votes tallied, the bill establishing the Santee Cooper Study Committee proceeded to the Senate where we will continue our pressure to assure that the voices of the ratepayers and employees of Santee Cooper are well represented, and to prevent another failure like the V.C. Summer nuclear project from happening again. The three-pronged approach: (1) provides a new governance structure to hold the Santee Cooper Board of Directors accountable, (2) increases ratepayer protections by creating the Santee Cooper Rate Reduction and Stabilization Fund, and (3) creates the Santee Cooper Joint Evaluation and Recommendation Committee (SCJERC) that will determine whether a sale is in the best interest of ratepayers and taxpayers and puts a transparent process in place to vet potential buyers. The bill creates the Santee Cooper Rate Reduction and Stabilization Fund and requires it to be explicitly used for rate relief. Funds include: Toshiba settlement money, any gains made from the sale or salvage of V.C. Summer assets, and cost savings from governance. The legislation also authorizes the governor to remove at-will all current Santee Cooper board members and shortens the terms from seven years to four years. 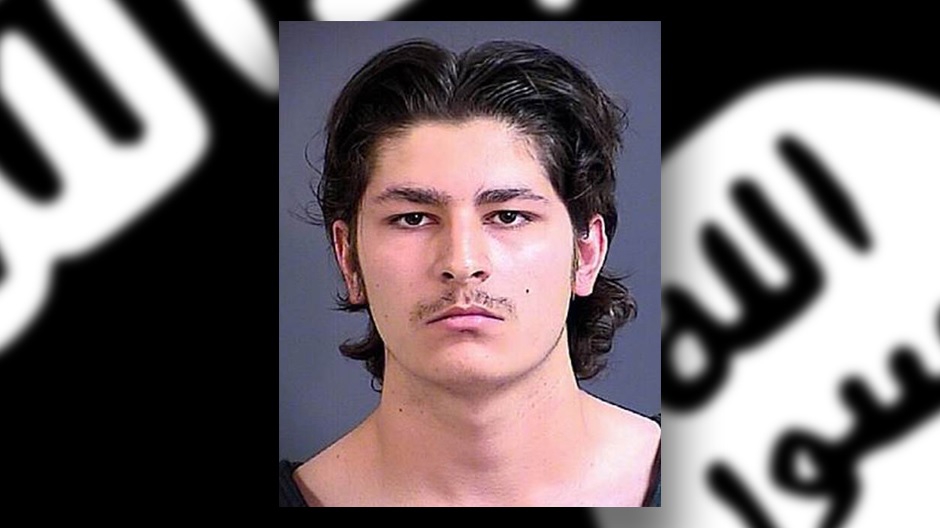 The full House passed a bill to increase penalties for acts of terrorism last Wednesday. The bill’s original proponent is Speaker Pro Tempore Tommy Pope of York County. The legislation was crafted after a failed attack on US troops by a York County teenager, Zakaryia Abdin, three years ago. The teen had pledged himself to the terrorist group ISIS, which has declared war on the United States and is responsible for brutal mass killings and human trafficking overseas. Due to the current law, Zakaryia was sentenced to only three years in juvenile jail and then was released on parole after serving just one year of that sentence. The newly-passed bill mandates prison sentences of 10 years or more for individuals who plan an act of terrorism and a minimum of five years in prison for anyone who supports an act of terrorism, including financial assistance. The bill passed by a resounding vote of 111-0 in the House and will now head to the Senate for final legislative approval.

A bill that passed out of my Committee – the South Carolina House took steps to preserve the dwindling population of red drum fish this past week. In recent years, the spawning potential ratio (SPR) has not reached the ideal 40% due to overfishing. In order for the red drum population to be sustained, the legislature voted to change the current “bag” limit of three per day to two per day. Also, it is illegal to gig for red drum under current law from December 1 until the last day of February; the newly passed legislation makes it illegal to gig for the red drum at any time of year. Experts believe these modest changes, among others, will lead to a stabilization of the species.

Finally, I had the pleasure of hosting guests bright and early on both Wednesday and Thursday morning of this past week! 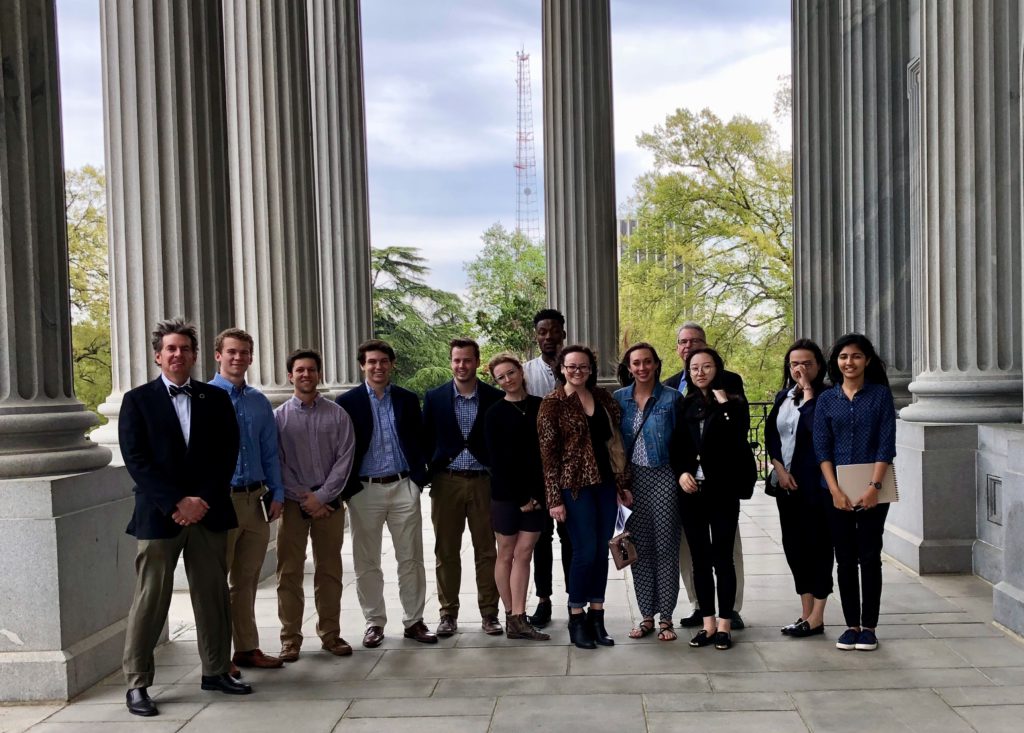 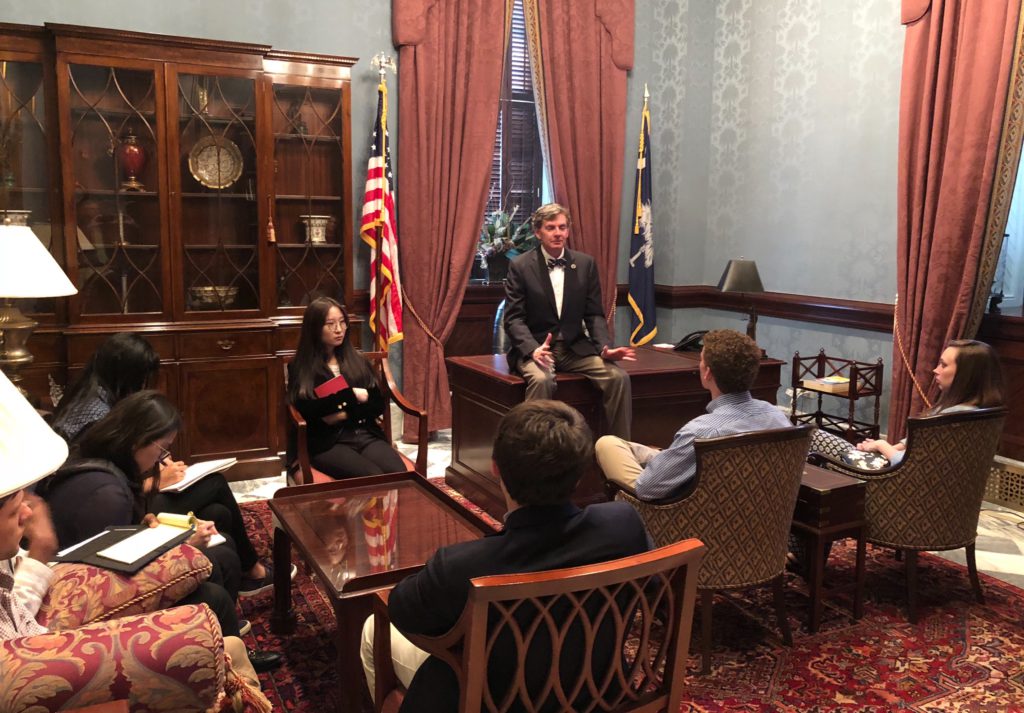 It was a great opportunity to meet with Prof. David Lycke’s students on Wednesday morning. The Clemson University Landscape Architecture graduating seniors and second year graduate students were at the Capitol where we discussed advocacy and the legislative process. 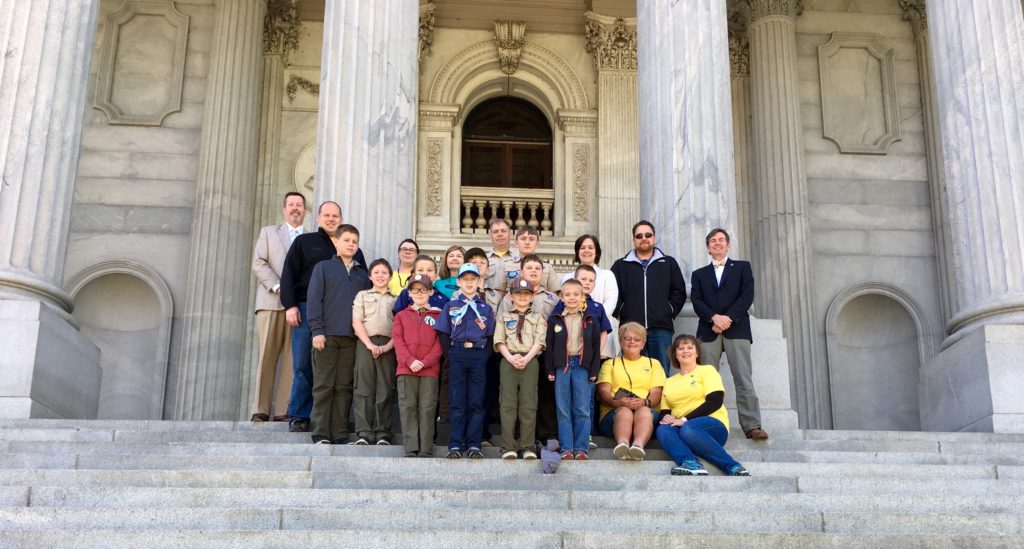 It was so much fun talking with Mount Vernon Cub Scout Pack 822 on Thursday morning – Cubmaster Matt Scabery and his wonderful wife, Trina, made the special trip so the Scouts could learn about and see democracy in action and then later tour our Capitol.
Thank you for the privilege of serving you in Columbia. If I can ever be of assistance to you, or if you have ideas on issues you want me to share with the rest of the General Assembly, please don’t hesitate to contact me.