08 Jun Open Letter to the Citizens of District 104 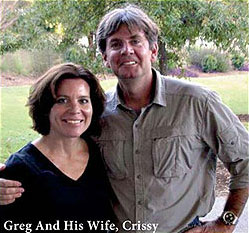 To the citizens of District 104:

My name is Greg Duckworth, and I am running for the SC State House in District 104. I’m writing this letter to clarify what I’m sure has been a confusing few weeks, particularly in terms of the mail you’ve received and the information you’ve been gathering from my campaign and that of my opponent, Representative Tracy Edge. I am writing with the hopes of clarifying several misstated facts.

First and foremost, I want to let you know that I would not be running for this position, were it not for the blatant fact that Representative Edge is not doing his job. I felt that the citizens of our community were being done a disservice by having a Representative who was not adequately being a voice for our district, and when I looked into his voting record, I was shocked and disappointed to see that he simply was not doing the job we hired him to do!

Representative Edge has taken to attacking some of the facts I have shared about his time in office – That’s okay. I expected him to make excuses.

The simple facts are this:

This year alone, from January through May, Representative Edge has missed 46.6% of votes![1] That number is simply inexcusable! Representative Edge is NOT doing a job that he ASKED the citizens of this district to give him. There is NO reason to let down so many people, and to not think there will be no repercussions.

Secondly, with regards to the “consistent voting and attendance records” mentioned in Representative Edge’s mailer, that could not be further from the truth. You’ve seen his voting record laid out plainly in the paragraphs above. He also has received several below average and failing grades from the SC Club for Growth over the past several years. That doesn’t seem like a consistent or conservative voting record to me.[2]

The final issue I take with what Representative Edge has been campaigning on is his “seniority” in the House.

Leadership is about standing up for what’s right, fighting against what you know is wrong, and making a real difference for the people who count on you. Representative Edge uses his “seniority” as a leverage point against people back at home. He uses it to remind people that he is “powerful,” and rarely uses it for any real good. For example, why hasn’t Representative Edge utilized his “seniority” to help drive job and industry growth along the Grand Strand, rather than other metropolitan areas of the state? According to the SC Department of Commerce, between 2008 and 2010, Horry County created just 106 new jobs, while Charleston County created almost 2200 and Greenville County created just over 1900![3] We are getting the short end of the stick here in Horry County, and that’s due in large part to Representative Edge’s lack of leadership.

I did not choose to share the facts of his political record to smear Representative Edge’s name or to start a fight. I did so simply because I know and believe that the people of this district deserve better. They deserve a leader who takes the job bestowed upon him seriously, and a leader who dedicates his time and energy to making the lives of his constituents better.

The people of our district deserve a representative who will put their house in order and actually take the time to represent them, rather than miss votes and make excuses.

This isn’t about political gain. This is about doing what is right and making a real difference for our community. As an Eagle Scout, a father, a husband, and a successful small business owner, I have to operate on a set of moral and ethical values in order to be successful in my life. The fact that Representative Edge choses a different path is something he will have to deal with on his own. But the fact that he subjects our citizens to his deceit and lack of dedication is unconscionable. We deserve better, and that’s why I’m running for the SC State House against Representative Edge.

I appreciate your time and your consideration. I hope you’ll take the time to truly look into the facts and see that Representative Edge is not doing the job we elected him to do. If you took the same approach to your job, would you still be employed? The odds are you wouldn’t. So, why are we allowing Representative Edge to keep a job he isn’t performing?

I hope you’ll join me in making a change for the better in our community and in Columbia. I hope you’ll vote for me on June 10th, and bring Representative Edge back to the community he has long been neglecting.

Thank you, and God Bless.