After 30 years of lawmakers kicking the can down the road…
GREG DUCKWORTH REFORMED SCDOT TO BRING MORE OF OUR MONEY BACK FROM COLUMBIA. 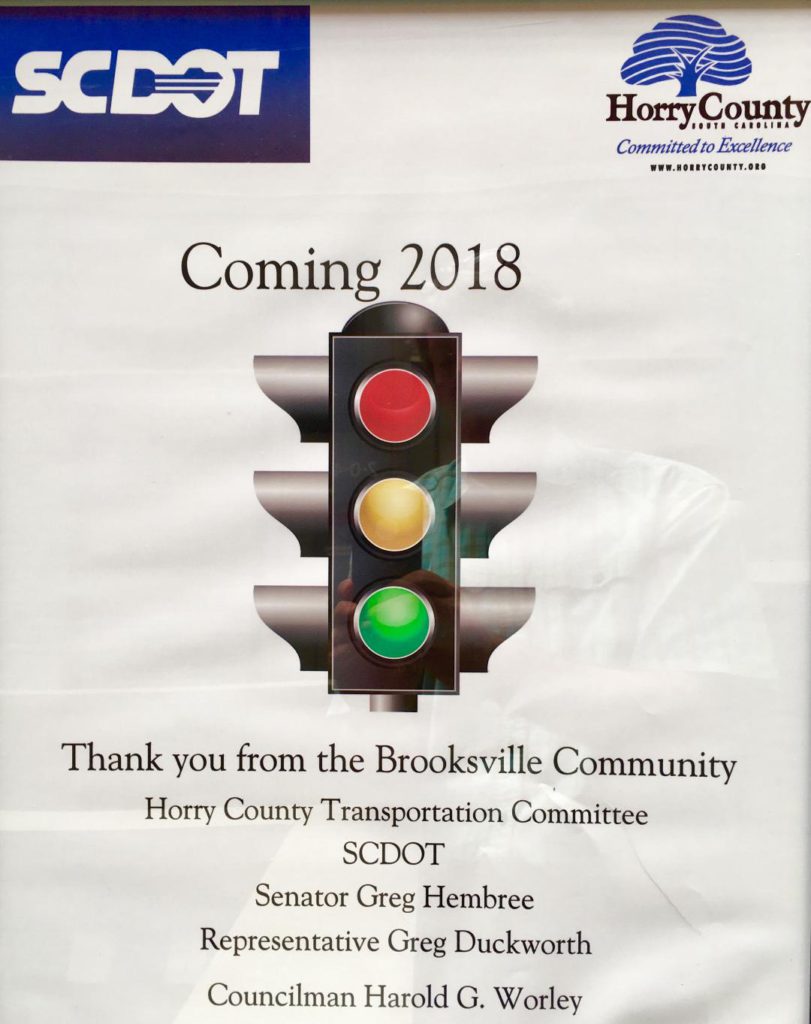 Why our roads are crumbling:
• South Carolina has the lowest gas tax in the country but has the 4th largest state-maintained road system in the United States.
• For 30 years, there has been no sustainable system to maintain our roads. Instead, the politicians have been taking money from the state’s General Fund that is supposed to be used for things like education and public safety.Reforming the South Carolina Department of Transportation:
• Greg Duckworth led the fight to make our roads safer, and to reform the SCDOT to ensure that funds meant for our roads and bridges are being appropriately used.
• Because of Greg’s leadership, the SCDOT is now a cabinet appointed agency, meaning it is less politically motivated and more accountable for what gets done on our infrastructure in South Carolina.Much of the hard work “In Columbia” takes place right here in Horry County!This past year I was invited to a series of meetings held with the residents of the Brooksville area in-district and also at the County Transportation Committee. As with much of our district, the favorable living conditions had lured many new residents to the area near the intersection of Highways 111& 57. So many, in fact, that navigating the intersection had become a source of worry.

Along with Senator Hembree, Councilman Worley, Chairman Vereen of the Horry County Transportation Committee and a host of residents and other officials we were able to find a way to bring much-needed improvements to the intersection. The funds (over a million dollars) have been appropriated and planning has been going on for some time. Construction is slated to start in October and should be finished in 2019.

Mr. Terry Huber from the LaFayette Park subdivision was instrumental in helping me with organizing his neighbors and disseminating my information to the people of Brooksville and conveying their concerns to myself and the other officials working on this project.

He shared his experience in the following video:

More good news comes in the way of paving existing roads including six miles of Hwy 9 and over seven miles of improvements to Hwy 90 scheduled this summer! To help keep everyone informed as to where the new gas tax money is going, SCDOT will have regular updates on their website. Below is the Horry County section of May’s Infrastructure Maintenance Trust Fund commitments.

As the User fees slowly increase over the next few years, South Carolina will maintain lower gas prices than neighboring states while building the Infrastructure Maintenance Trust Fund – Money that is not spent at the whim of politicians but dedicated to our roads, bridges and infrastructure. This is the start of South Carolina developing a long term solution to the very real problem caused by 30 years of not committing funds to our roads.

It’s not an overnight fix, but a pragmatic look at how we are having the people that use our roads help pay for their upkeep, including a significant number of out-of-state travelers and guests.

SCDOT also has a TEN YEAR PLAN of significant projects that can be programmed now that the amount of revenue can be predicted in a more stable manner.